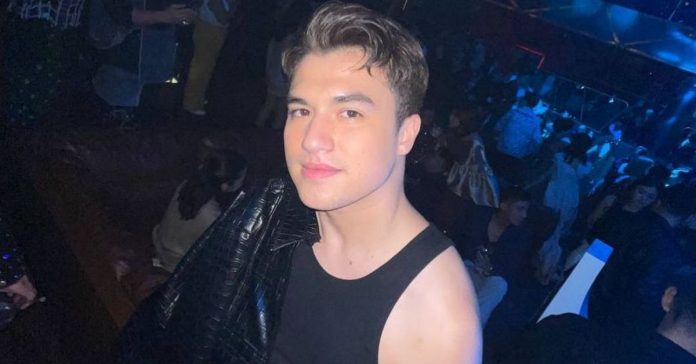 Eagle-eyed netizens were quick to spot Markus Paterson’s “off” sentiments on dating and relationships during a drinking game video on a recent YouTube vlog.

During an episode of Rise Artist Studio’s, Boys After Dark (B.A.D.), the controversial actor stood out from his co-hosts Anthony Jennings, Jae Miranda, Gello Marquez, and Aljon Mendoza when they talked about the truth and lies in relationships.

Just a minute into the video, Markus asked his co-hosts if they would inform their girlfriends if an ex-flame contacted them. While the four other boys said they would, the 24-year-old joked that he would rather not.

When asked what the boys would do if their significant others didn’t want them to join a “gimik with the barkada,” Markus responded: “Kung may dahilan siya na valid, ‘eh di sige dahil mahal kita I will listen to you. Kung insecure ka lang sa isang kaibigan na sinabi ko sayo na tropa lang, go pak yourself.”

At the latter part of the video, the celebrity dad who shares a son with actress Janella Salvador shared one of the lessons he has learned from his relationships.

Under the video, netizens left their own thoughts on Markus’ sentiments during the 21-minute-long video.

“Thank you for letting us see Paterson’s true colors! It made me remember why I was so disappoined when Jea and him were together,” a commenter said.

Another netizen shared: “I like Aljon’s answers. Pero ung isa ung may anak na sorry but don’t like the way he sees things.”

Others noted that while Markus’ comments were off, they could feel his “pain.”

It was just over the weekend when Janella confirmed her breakup with Markus when she spoke about being a single mom in an interview with Bernadette Sembrano.

Markus Paterson reveals his type of woman: ‘Morena with island...