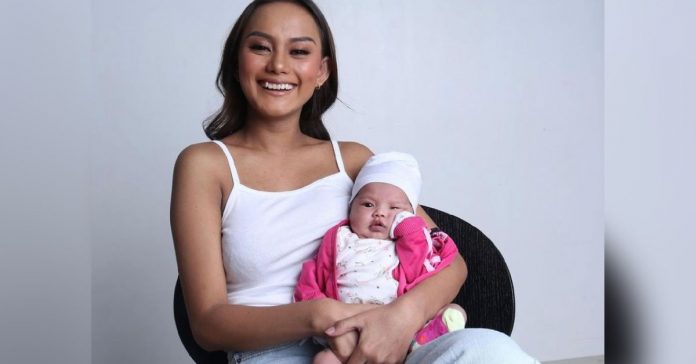 Rita Gaviola, a.k.a. Badjao Girl, has welcomed her first child with her non-showbiz boyfriend.

The former Pinoy Big Brother housemate took to Instagram on Monday to share a photo of her cradling her baby girl.

Rita simply captioned the photo with an angel and heart emoji.

In a separate Instagram post, Rita uploaded a set of photos of her with her boyfriend and their baby.

The 19-year-old also addressed those who left negative remarks about her hidden pregnancy and being a teen mom.

Speculations about Rita’s pregnancy were sparked last June, but she appeared to have just brushed them off.

Rita last appeared on screen in It’s Showtime’s Sexy Babe segment last February, where she won as a daily winner.

Rita went viral in 2017 after netizens caught attention of her good looks while begging for alms in Lucban, Quezon, in a photo shared by a photographer online.

She previously expressed her intent in joining the Miss Universe pageant.