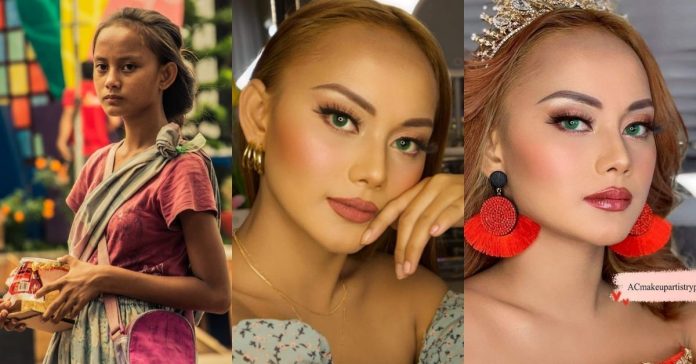 Then 13-year-old Badjao girl Rita first caught the attention of the public with her natural beauty when she was photographed begging for alms at the Pahiyas Festival in Lucban, Quezon in 2016.

That same year, Rita entered ABS-CBN’s reality show Pinoy Big Brother Lucky 7 edition. She, however, was the second housemate to get evicted.

Following her stint in PBB, Rita explored modeling and acting, appearing in TV shows such as GMA’s Sahaya.

Now 18, Rita is once again making a buzz after expressing her intent to join Miss Universe Philippines in the future.

Rita has been sharing a series of photos of her all-dolled-up on Instagram and netizens can’t help notice her beauty fit for a beauty queen.

Fans and followers, on the other hand, expressed their early support for Rita.