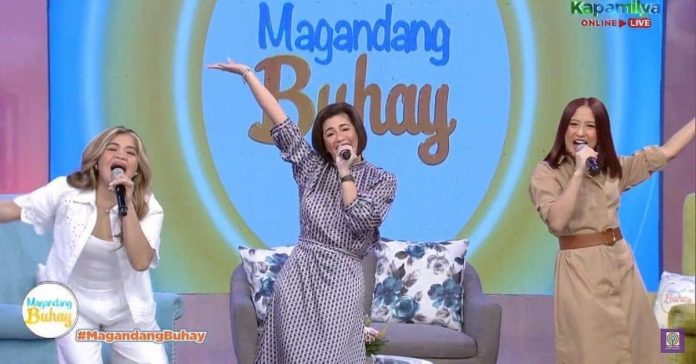 The newest momshie of Magandang Buhay is finally revealed and it is none other than Asia’s Songbird Regine Velasquez!

It was on Monday when the veteran singer was introduced as the permanent co-host of ABS-CBN’s morning talk show.

Momshies Melai Cantiveros and Jolina Magdangal hinted at the arrival of their new co-host with a special teaser video on Thursday.

New momshie Regine replaced former main host Karla Estrada who departed from the show in July to pursue her career in politics.

She has already appeared as a guest co-host for the talk show back in May when Karla temporarily left for her campaign activies as the third nominee of Tingog partylist in the 2022 national elections.

LOOK: Netizens gush over Melai Cantiveros’ twinning snap with her...