Dennis Padilla hopes for a birthday celebration ala Cesar Montano 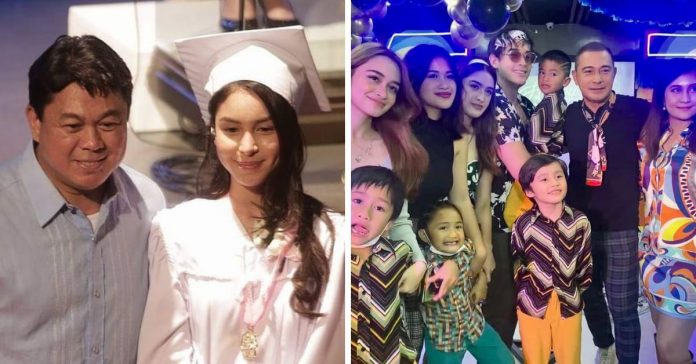 Dennis Padilla is hoping to celebrate his birthday with all his children present just like what fellow actor Cesar Montano did on his special day.

In a recent Instagram post, Dennis reposted a photo from Cesar’s 60th birthday celebration, where he was joined by his children including son Diego Loyzaga, daughters Angeline, Sam and Chesca Cruz.

Cesar couldn’t help but be grateful and happy for the presence of his children whom he called his “life’s true blessing and treasure”.

Dennis, meanwhile, wished Cesar Montano a “happy birthday”, while seemingly wishing to have the same kind of birthday celebration with all his children.

Last June, Dennis and Leon Barretto, his son with ex-wife Marjorie Barretto, had an exchange online after the former publicly calling the attention of the latter and his siblings Julia and Claudia for forgetting to greet him on Father’s Day.

Leon responded with a lengthy letter, asking his father to “stop resorting to public shaming when things don’t go your way”.

“I long for the day when I can greet you a ‘Happy Father’s Day’ and know that it comes from a place of gratitude and healing,” said Leon.

Dennis and Marjorie got separated in 2007, with their kids under the latter’s care since then.