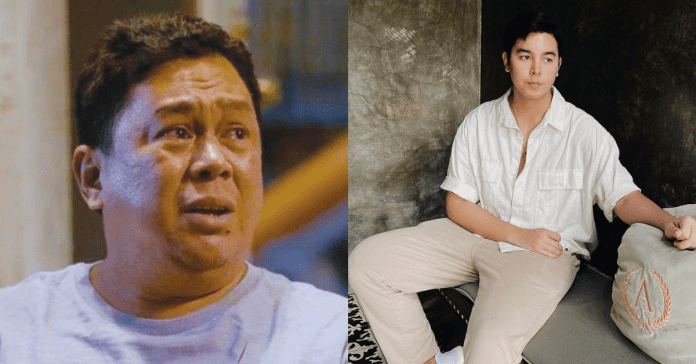 Leon Barretto issued an open letter for his father, Dennis Padilla, that was posted on his Instagram account on Sunday, June 26.

Leon, 19, is the youngest among Dennis’ children with his former wife, Marjorie Barretto. The other two are daughters Julia Barretto, 25, and Claudia Barretto, 22.

After Dennis expressed disappointment on social media that his children failed to greet him on Father’s Day, Leon responded to his father’s feelings through this open letter.

Leon shared his thoughts on social media because according to him, it was his father’s “preferred way” to reach out to them.

“Sorry if I wasn’t able to greet you a ‘Happy Father’s Day’. It’s always been an awkward day for us cause we never seem to know where we stand with you every year. I’ve always envied people who never even have to think twice about greeting their dads a ‘Happy Father’s Day,” Leon said in his letter.

In his letter, Leon asked his father, “Is public sympathy really more important to you than your own children?”

Leon stated that for years, he watched his sisters get torn into pieces because of his father’s allegedly false narratives against them, and not once did they ever explain their side nor speak negatively about him.

“It’s exhausting, papa. As the only man in the family, this is me stepping up to protect my sisters,” he said.

In 2014, Julia Barretto submitted a petition to the court to change her surname from Barretto to Baldivia. And in 2015, Julia patched things up with Dennis, following an alleged snubbing incident with him.

Leon also stated in his letter that he wants nothing else but to move forward in the “safest and healthiest| manner possible. With this, Leon appealed to his father, “Can you please stop resorting to public shaming when things don’t go your way?”

“I long for the day when I can greet you a ‘Happy Father’s Day’ and know that it comes from a place of gratitude and healing,” Leon said at the end of his letter.

Ever since Dennis and Marjorie’s separation, their children Julia, Claudia and Leon have been staying with their mother.