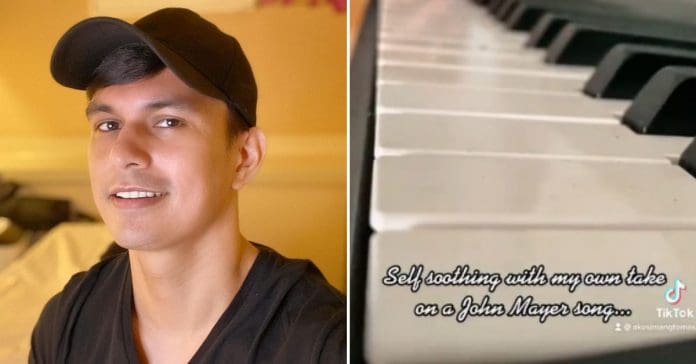 Tom Rodriguez is back on Instagram, months after taking a break from social media following his split with wife Carla Abellana.

The Kapuso actor on Friday shared a video of him playing his own take on a John Mayer song song as part of his “self-soothing” session.

“Music has got to be one of the best and free ways I’ve found to soothe. Not much of a piano player, but it was fun trying to find my own way to play this John Mayer song,” Tom wrote as caption.

Fans, meanwhile, were happy to see a “life update” from the actor who also shared a photo of what seems like a view of his neighborhood, via Instagram stories.

Tom’s post came more than a month after he addressed speculations surrounding his controversial breakup with Carla in a statement released through his talent manager Popoy Caritativo in June.

“I have accepted her decision that it is time to move, independent from each other. I have to teach myself how to fall out of love from her,” said Tom in his statement revealing that he and Carla have parted ways and are already divorced.

Tom also confirmed that he left the country for the United States in March, “with the realization that despite all my efforts,“Carla had already given up on our marriage”.