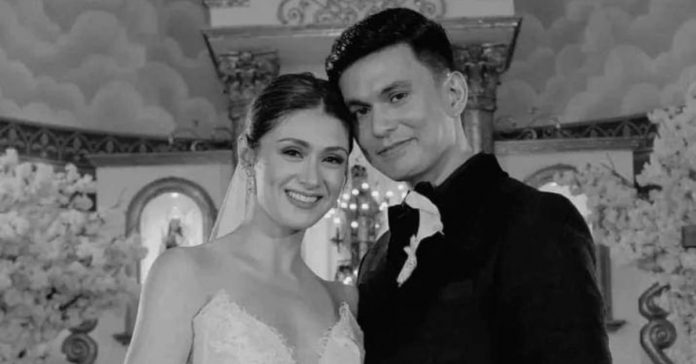 In a statement released by Tom’s manager Popoy Caritativo on Friday, the Filipino-American actor disclosed that he’s been in the United States since March after “Carla had already given up on our marriage,” despite all his efforts to fix their relationship.

Tom did not specify what caused their marriage to fall apart but made clear that he never hurt Carla physically.

“So many lies have been said of me which are completely untrue and utterly unfair.

“I may have fallen short as a partner, especially when I lost all my money to someone who preyed on my gullibility, but it must be stressed that at no time did I ever lay a hand on Carla.”

Tom went on to say that he’s moving forward despite the “lonely and painful” path he will take.

“I have accepted her decision that it is time to move, independent from each other. I have to teach myself how to fall out of love from her,” said Tom.

“Now that the divorce decree is final, I truly wish Carla’s birthday wish be granted and that she finds the happiness she is searching for,” Tom referred to his ex-wife who celebrated her birthday last June 12.

Tom also noted that this will be the only time he would address the issue as he has “no desire to violate the gag order issued on us and our lawyers”.

The actor’s statement came a day after Carla claimed in a response to a netizen’s comment on one of her Youtube videos that she was “disrespected, shamed, lied to,” among other painful experiences she had with her ex-husband.

Carla also stressed that she never did anything bad to Tom, but poured her heart out during the years they were together.

Tom and Carla tied the knot in October 2021 before speculations about their split broke in March this year.