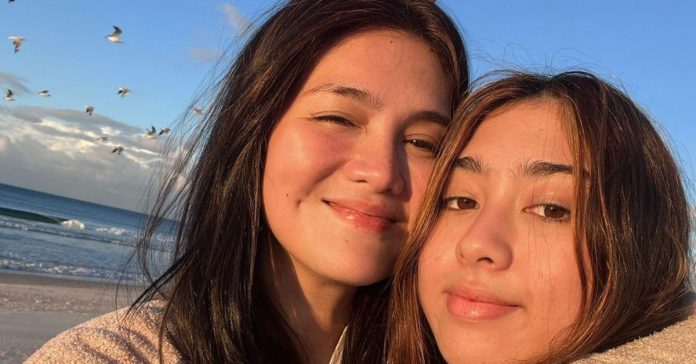 Dimples Romana appears to be a pro at being a mommy of three.

In an emotional social media post about her eldest daughter Callie, the actress opened up about ensuring all three of her kids feel equally valued.

Dimples also explained why she had surprised her 18-year-old daughter who’s studying in Australia.

“So we decided that I fly first, (but of couse I cannot stay long, leaving na din in a few days for my boys) but ultimately we didn’t want Ate to feel that, just because a lot of things have been happening in Manila for our new family set up, that she wasn’t a priority anymore and that we can’t be there for her just the same way we’ve always been when she was little up until the time she left for college,” she explained.

The 37-year-old mentioned how she knew what it felt like to be in Callie’s position as the eldest daughter in the family.

She said: “Ate din ako, panganay, at kadalasan even if I wanted to say I needed my family more, I won’t say it.

It was just recently when Dimples surprised her daughter Callie at her own place in Australia.