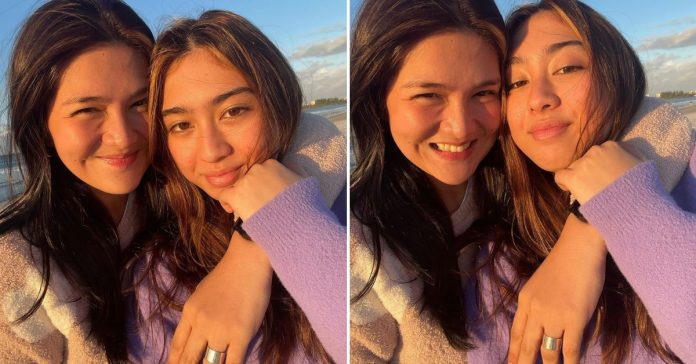 Dimples Romana has finally reunited with her unica hija Callie in Australia.

The happy mom took to social media to share the adorable snaps of her and her daughter enjoying the golden hour in the land down under.

“Ate @callieahmee. As you know, even when it may, at times, seem as if Dad @papaboyetonline and I need attend to more pressing matters, YOU and your brothers will always be the TOP PRIORITY. We will run, fly, crawl if we have to, to get to you,” she wrote in the caption.

In another social media post, the actress was proud to give a glimpse of Callie’s own place in Australia.

Dimples’ 18-year-old daughter is currently based abroad to pursue her college degree. In a past social media post, she shared that Callie has officially finished her first year of college.

“Doing the big move ALONE from [Philippines] to [Australia] at 18 freak’n years old,” she wrote.