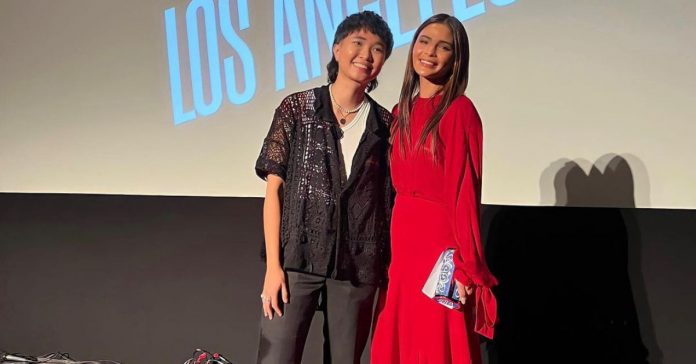 Lovi Poe is a strong believer that actors in the showbiz industry should add working with filmmaker Sam Lee on their wishlists.

Out in Los Angeles, the actress shared snaps from their series Sleep With Me’s premiere night.

“Wow, just wow @givemesam! I actually have never seen the series and after watching #SleepWithMe tonight, it should be on every actor’s wishlist to work with Sam. Can’t wait for everyone to see this,” she wrote on an Instagram post.

Sleep With Me is one of the projects that will be screened at Outfest Los Angeles an LGBTQ+ Film Festival.

The series is starred by Lovi and Janine Gutierrez, who play each other’s love interests.

Sam was also the director for the hit coming-of-age film Billie and Emma back in 2018.

The LGBTQ+ film was also screened in Outfest back in 2019.

Lovi Poe to continue late father FPJ’s legacy with own...