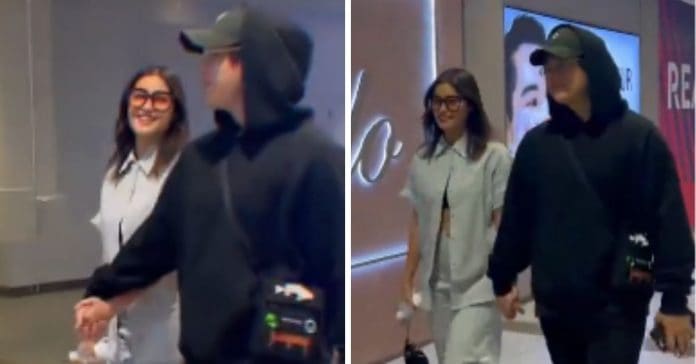 Fans were delighted, too, upon seeing Liza Soberano and Enrique Gil in each other’s company, putting an end to breakup speculations.

The video showed a short clip of the couple holding hands while walking (HHWW) as they headed to the clinic.

Liza earlier debunked rumors that she and Enrique have called it quits.

“Quen is fine. I was hoping someone will ask me about that. There are rumors about us parting, but we’re fine, we’re totally fine,” Liza was quoted as saying in a TV Patrol interview last June.

Speculations about Liza and Enrique or LizQuen’s supposed breakup surfaced last month, after a blind item about a reel and reel couple who have parted ways made rounds online.

Ogie Diaz, Liza’s former talent manager, meanwhile, also previously clarified that Liza and Enrique just went on separate trips abroad that explained why the couple were not together amid breakup rumors.

The couple has been together for seven years now.