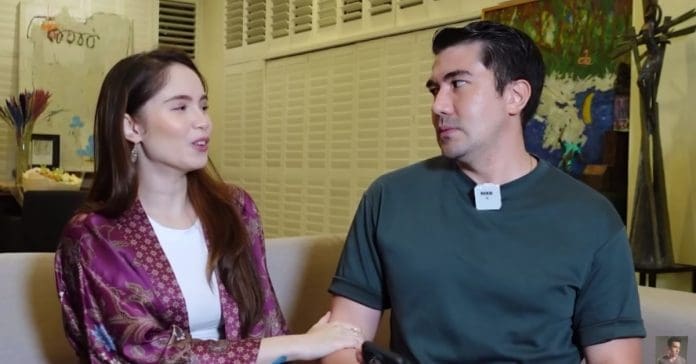 Who would’ve known that these lovebirds had an interesting start?

In a fun vlog with his dad Edu Manzano and his girlfriend Cherry Pie Picache, Luis Manzano revealed that his wife Jessy Mendiola used to jokingly call him “Kuyang Manyak” during the first few years of their relationship.

During the video, the two couples spoke about fate and destiny. The television host took the topic as an opportunity to joke about his wife’s first impression of him.

While the actress made her case, explaining that it was because of her husband’s “smooth talker” quality.

It seemed Edu enjoyed this fun fact about his son and even joked that it was one of the things Luis inherited from him.

In the same vlog, Edu and Cherry Pie spoke about how their relationship is going.

“Even now, we’re still learning new things about each other,” Edu said.

“Even now, we’re still learning new things about each other,” Edu said.

Jessy Mendiola finally spends her birthday with a complete family...