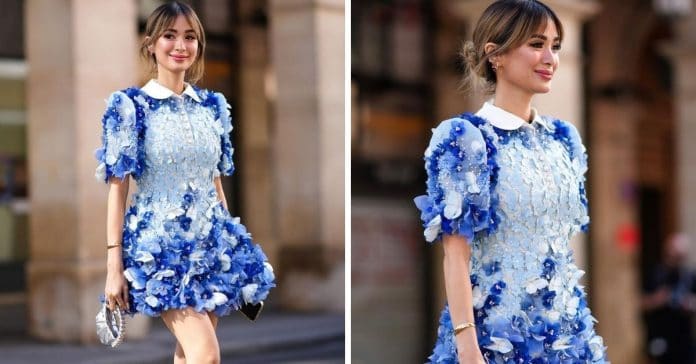 Even in Paris, Heart Evangelista made sure to show off her roots.

The actress took to social media to share a snap of her wearing a modern version of a Filipiniana dress by Filipino fashion designer Cheetah Rivera.

“My kind of Filipiniana by my darling @cheetahriverastudio,” shewrote in the caption.

On Rivera’s Instagram page, it was revealed that the modern-day terno was named after a very special woman in Evangelista’s life – the late Senator Miriam Defensor Santiago.

“This piece is a tribute and a celebration of the strength of a Filipina. Aptly named after the late Senator Miriam Defensor Santiago,” she wrote.