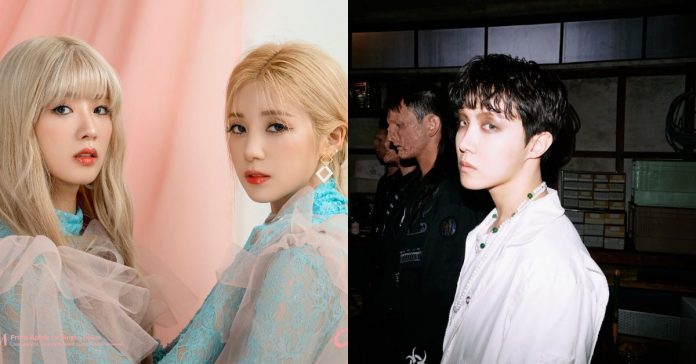 July is filled with excitement as a lot of groups and soloists are making their comeback. However, there are also debuts that the fans should look out for!

BTS member J-hope recently released the track MORE, which is included in his solo debut album, Jack In The Box, to be released on July 15.

Other artists set to make their debut this month include Apink’s new sub-unit ChoBom, the Japanese debut of FAVE1, and the new K-pop girl group IRRIS.

Here are some details for the said artists’ debut:

I.L., Nina, Yunseul and Liv are the members of IRRIS who are set to debut and launch their mini-album WANNA KNOW on July 6.

Their group name is inspired and derived from the Greek word “Iris”.

Apink’s Chorong and Bomi will be debuting as the group’s first-ever sub-unit with their first single album, Copycat, which will be released on July 12.

BTS’ J-Hope is in for an epic release of his first official solo debut album on July 15, titled Jack in the Box.

While waiting for the release of J-Hope’s solo album, you can now watch the music video of his pre-released track, MORE, which is the lead single from Jack in The Box that dropped on July 1 at 1 p.m. KST (12 p.m. Manila time).

In 2018, J-Hope released his debut solo mixtape titled Hope World, which he considers “my calling card to the world.”

You can listen Hope World here:

Pre-debut boy group FAVE1 is made up of the four former members of 100%, namely Rockhyeon, Jonghwan, Chanyong and Hyukjin.

The group is set to make their Japanese debut with the album Zombie on July 20.