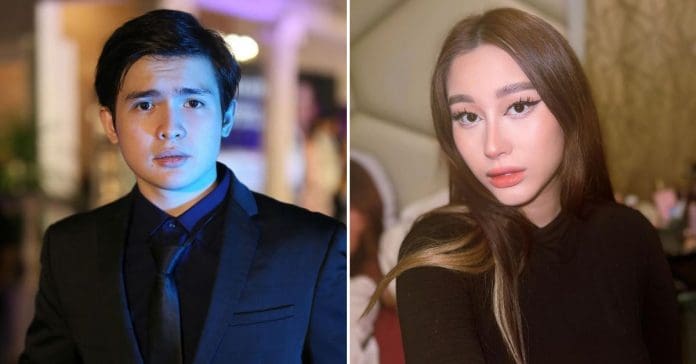 Joaquin Domagoso’s girlfriend has supposedly confirmed the birthdate of their rumored first child together.

Last weekend, Joaquin, son of former Manila Mayor Isko Moreno, made a buzz after a blind item revealed that he welcomed a baby boy with non-showbiz girlfriend Raffa Castro.

Raffa is the younger sister of Kapuso actress Claire Castro, and daughter of actor-turned-broadcaster Diego Castro.

The hosts mentioned in the June 26 video that Raffa gave birth to a baby boy who will turn two months old on June 28.

Fermin said the baby resembles Isko and is named “Scott”, which was the actor-turned-politician’s nickname in his youth.

A report by Pep, meanwhile, stated that Raffa gave birth to her and Joaquin’s baby boy at the FEU Medical Center in Quezon City on April 28, 2022.

In a recent Q and A with netizens on Instagram, Raffa answered anonymous messages online, one of which asked her “favorite month this year”.

Raffa replied “April”, which coincides with the month she and Joaquin supposedly welcomed their baby boy.

Another netizen also asked Raffa “the best day so far this year”, to which she responded “late April”, but refrained from giving the exact date.

Raffa also replied to questions about her boyfriend whom she described as “the absolute best”.