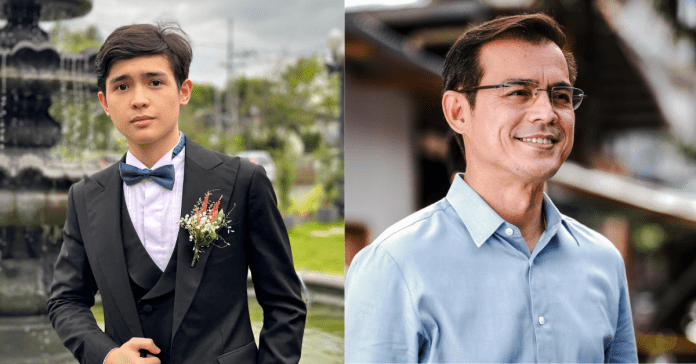 In their Youtube channel Showbiz Now Na!, Cristy Fermin, Romel Chika and Morly Alinio talked about the rumors regarding a blind item about a young actor who impregnated his girlfriend.

According to the hosts, this young actor is none other than the son of outgoing Manila Mayor Isko Moreno Domagoso, Joaquin Domagoso.

The hosts mentioned that Joaquin’s girlfriend, who goes by the name of “Raffa Castro” on social media had already given birth to a handsome and healthy baby boy whose name is supposedly “Scott”. Cristy said that they named the baby boy after Isko since he was called “Scott” during his youth.

Morly said that the baby will turn two months old this June 28.

“A baby is always a blessing,” Cristy said.

They said that Isko is happy about it, and that the baby boy looks a lot like the outgoing Manila mayor.

They said that Joaquin is “very proud” of his son, too. Although according to Morly, something is hindering them not to reveal the news to the public yet.

The three hosts congratulated Joaquin on the baby, and Cristy also praised the actor that even though there are no confirmations yet, Joaquin’s camp also hasn’t denied it as well.