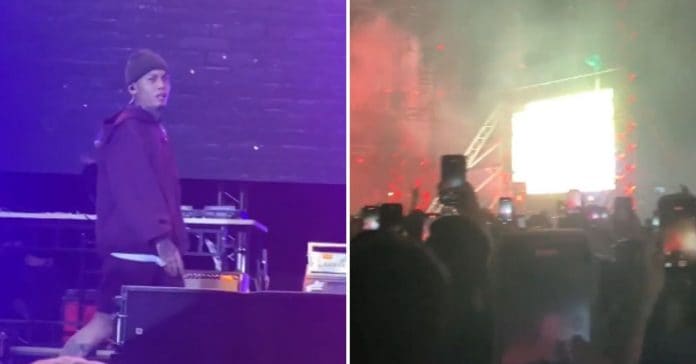 Rapper Skusta Clee appeared to have faced a less enthusiastic crowd during his performance at the Aurora 2022 Music Festival in Clark, Pampanga.

Videos of Skusta Clee getting booed by the crowd at the said music fest on Friday, June 10, have gone viral on social media.

In videos uploaded by netizens, attendees were heard chanting “boo” and “cheater” during the rapper-singer’s set, with some even flashing the middle finger at his direction.

Another video of Skusta Clee singing his hit song Zebbiana also gained traction online, after he changed some of the song’s lyrics.

The incident came in light of Skusta Clee flexing his rumored new girlfriend on Instagram after his controversial breakup with ex live-in partner Zeinab Harake, whom he has a child with.

Some netizens have been calling out the Dance With You and Pauwi Na Ko hitmaker for supposedly showing no remorse after he allegedly admitted to being unfaithful to Zeinab, which led to their separation.

Zeinab earlier opened up about her breakup with Skusta Clee in an episode of Toni Gonzaga’s Toni Talks, sharing how she found out that he was cheating on her.

The YouTube vlogger claimed that Skusta made a “brutal confession” when she confronted him about it.