‘I have been unfaithful’: Jason Hernandez announces separation from wife Moira Dela Torre 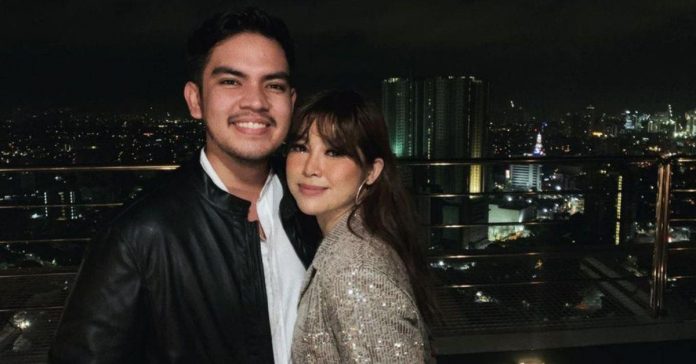 In an Instagram post on Tuesday night, Jason shared a joint statement with Moira  announcing their separation.

“It is with a heavy heart that after 3 years of marriage, we announce that we are parting ways. Our love and respect for each other remains. We request for privacy during this difficult time,” read the statement.

In the caption, Jason continued, “This is probably the hardest thing I’ve ever had to write,” confessing that he had been unfaithful to Moira while they were together.

“3 years ago, I married my bestfriend with the intent of spending the rest of my life with her. Though my love for her has always been genuine, a few months ago, I confessed to Moira that I have been unfaithful to her during our marriage.

“I believe that she deserved to know the truth rather than continue down a ‘peaceful’ but dishonest path. I take full responsibility and I’m doing my best to be better.”

He then publicly apologized for the hurt he caused his wife.

“From the bottom of my heart, I’m sorry for everyone I hurt. Especially Moi,” said Jason.

To recall, the music power couple first sparked breakup rumors in April after eagle-eyed fans noticed that Moira removed photos of her with Jason from her Instagram page as well as some of their videos on TikTok.

Jason also posted a song he wrote with lyrics that some fans interpreted as trouble in their relationship.

However, days later, Jason clarified the speculations about their marriage, saying he and Moira are still together.

In an interview on Gandang Gabi Vice in 2018, Moira and Jason shared how their friendship blossomed into love.

“We’ve been friends for seven years, tapos naging best friends po kami for three years,” said Jason admitting that they were not romantically attracted to each other initially.

Jason related that it was him who developed feelings at first, adding that their frequent heart-to-heart talks and mutual love for music, made them “super close” and which eventually led to romance.

Jason and Moira, who have collaborated on several hit songs together, tied the knot in a garden wedding last January 2019.

Moira said then in their wedding vows: “today, I stand before you in front of our family and friends fully convinced that you are mine and I am yours. I vow to you that even if I can be too independent sometimes that I will submit to you, that I won’t let our panganay-bunso syndrome ever come in the way again even if I strongly feel about it that you will always have the last say. That by grace, there will be no records of wrongs and that I will always choose to forgive…”

She also wrote a song for her husband, titled Promise.