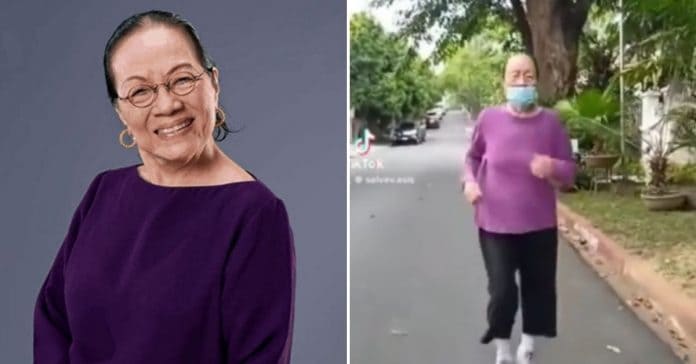 Veteran actress Caridad Sanchez is still “up and running” at 88 years old.

In a video shared by Pilipino Star Ngayon Entertainment and Pang-Masa editor Salve Asis, Caridad was captured going for a jog in their subdivision.

Carida, who is under the care of her son Alexander Joseph “AJ” Babao, will turn 89 years old in August.

According to AJ, his mom has become forgetful which comes with her age, but is still physically strong.

The uploaded video of Caridad jogging came after another publication erroneously tagged her in a now-deleted article as “the late veteran actress.”