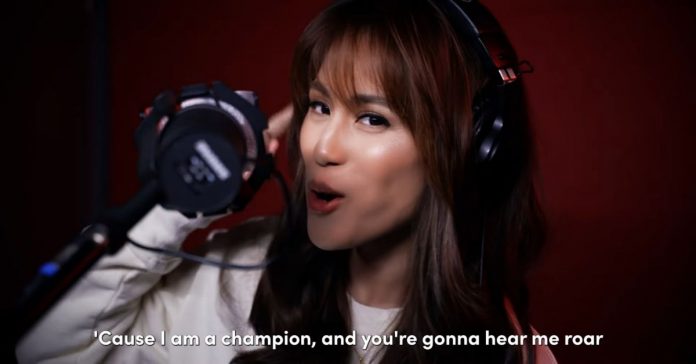 The actress, TV host, and singer uploaded on her Youtube channel a video of her version of the song hours after the proclamation ceremony on Wednesday.

Moments before his proclamation, Marcos Jr. introduced Toni to his mother, former first lady Imelda Marcos, describing her as “pitiful” for being scrutinized after openly supporting his presidential candidacy.

Toni, along with her husband director Paul Soriano, were present at the proclamation of Marcos’ Jr. and vice-president elect Mayor  as the president and respectively.

Marcos Jr. Paul and Toni’s wedding godfather, earlier thanked the couple for their joint efforts in his presidential campaign.