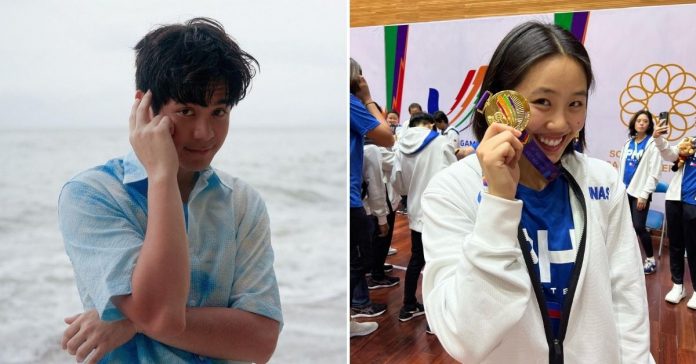 Dating speculations between the two began when they were spotted getting cozy during the  beach trip and the triple birthday celebration of friends Kathryn Bernardo, Ria Atayde and Alora Sasam in March.

Trina poked fun at the speculations online, calling Joshua her “rumored boyfriend” in a comment on Instagram.

In a recent interview with Pep, Joshua clarified that he and Trina are just friends and belong to the same clique.

Meanwhile, the actor also recently reacted to ex-girlfriend Julia Barretto advising him not to enter a romantic relationship for now.