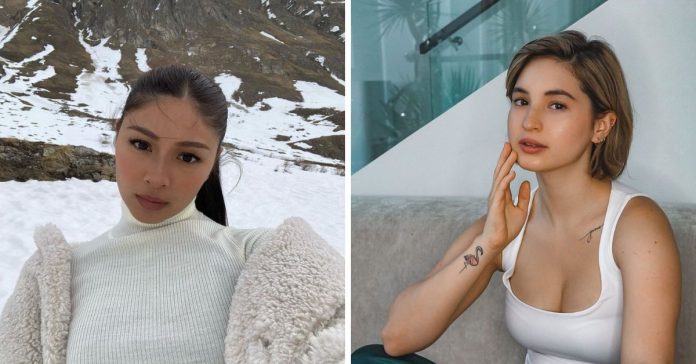 Hours after election day had begun, Nadine Lustre and Coleen Garcia made sure to get the word out and encouraged netizens to protect their votes.

The actresses told their fans on social media not to leave their precincts until they have fed their shaded ballots into the vote counting machines (VCM) at their precincts.

“Please DO NOT leave the precinct until they put your ballot in the machine and you have your receipt. Check your receipt too. People are messaging me telling me the printers in their precincts are broken,” Nadine wrote in a tweet.

Filmmaker Antoinette Jadaone responded to Nadine’s tweet, adding that the voter should be the one to insert their ballot in the machine.

Meanwhile, Coleen is just one of the many Filipinos who have reported that the vote counting machines (VCM) in their precincts malfunctioned.

The actress shared a screenshot of a Twitter post which asked the public to feed their ballots to the machines themselves.

She then revealed that when it was her time to vote, she was told to come back because the machines in their precinct were broken.

“Idk how true, but I showed up to vote today, had to go home and was told to come back later because the machines are broken. No matter whatever obstacles come my way today, I will go back and VOTE.

“I encourage you to also do your part and VOTE no matter what today, and BE VIGILANT. Protect your right to vote for who YOU WANT to vote for,” she wrote on her post.

Way before noon, some precincts have already experienced VCM malfunctions. A report from The Philippine Star said marshalls and poll watchers will feed the ballots once the replacement machine arrives.

In a series of tweets, former Comelec spokesperson James Jimenez said that in the event of a VCM malfunction, under the published rules, voters have the option to wait or or leave their ballots to the electoral board, who in turn will do the batch-feeding of ballots once the machine is fixed.

He also reminded voters that if reporting about problematic machines and wrong procedures, they have to include precinct number and location.