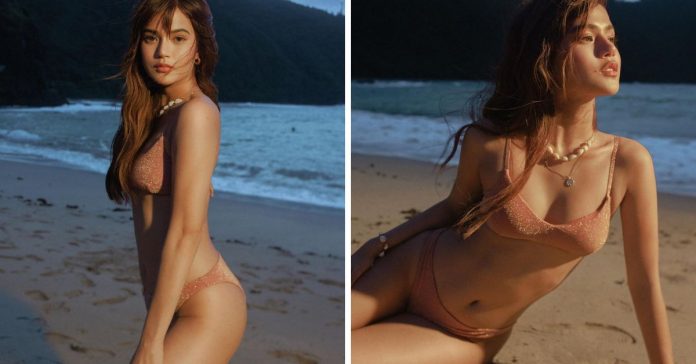 Maris Racal stepped into a new terrain with her first-ever professional bikini shoot.

The actress-singer couldn’t help but admit that she was nervous to take on something new for ABS-CBN’s summer special.

“This was my first professionally done photoshoot wearing a bikini. I admit I was quite nervous shooting this but so glad people were so supportive,” she said.

Maris made a special mention to her co-stars in Star Magic’s 30th anniversary project Hot Summer in Baler, Jane Oineza and Alora Sasam for encouraging her.

Maris Racal turns sentimental as she opens up on music...