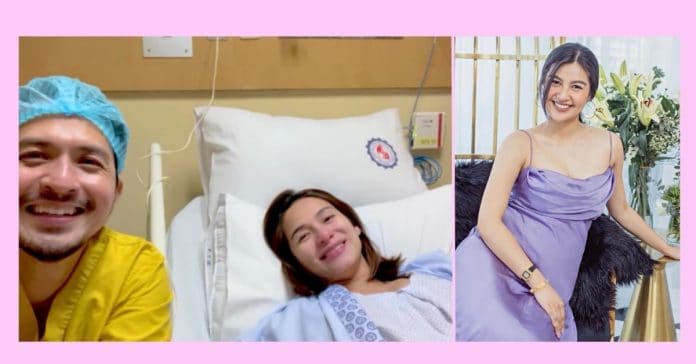 We’ve got two new moms around the block!

Jennylyn Mercado and Winwyn Marquez were more than excited to share that they have already given birth to their own daughters.

On a vlog featuring a special nursery tour, they revealed that the Kapuso actress gave birth to her and her husband Dennis Trillo’s first child together on April 25.

The two were both smiling at the hospital when they revealed the big news.

The next clip was of her at the hospital, delivering their baby with Dennis beside her.

Meanwhile Winwyn gave the first glimpse of her baby girl with her non-showbiz boyfriend, introducing her to her friends and fans on social media.

“Our little princess, Luna Teresita Rayn,” she wrote in the caption.

On the snap, she featured baby Luna’s adorable side profile.

It was in December of last year when the pageant queen announced the start of a new chapter for her – motherhood.

Dennis Trillo shares photo of wife Jennylyn Mercado with their...

Jennylyn Mercado shares how Dennis Trillo took care of her...