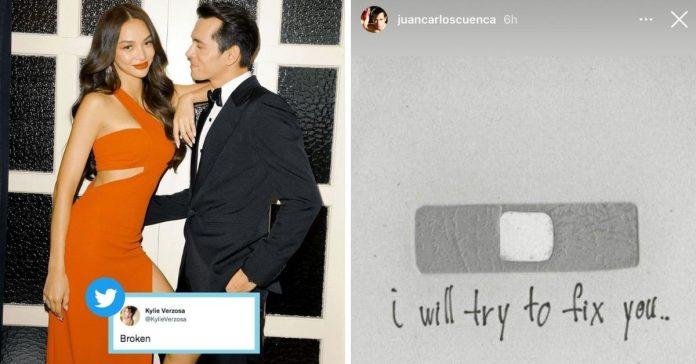 One of the Kapamilya actor’s Instagram stories on Tuesday night read: “I wish I could wipe away your tears…”

This was followed by a post with the quote: “Whatever someone you become, wherever you are in the world…I’m sending you love.”

The last one showed a photo of a band aid with the text: “I will fix you”.

Jake’s series of Instagram stories came after Kylie turned emotional when It’s Showtime hosts touched on the topic about couples going through a rough patch and breakup.

The beauty queen-turned actress, who was as guest judge in the noontime show’s Sexy Babe segment, became speechless and emotional before repeatedly saying sorry.

Kylie and Jake celebrated their third anniversary as a couple last December 30.