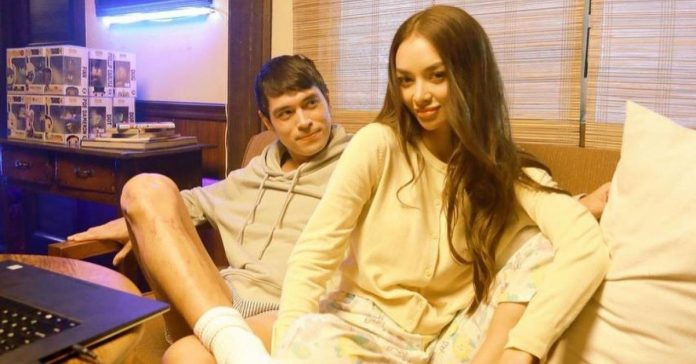 Fans are speculating if Kylie Verzosa and Jake Cuenca have called it quits after this cryptic tweet.

The beauty queen shared on social media a one-word tweet which caused fans to worry about the couple’s current status.

Under her post, fans asked the reason behind her tweet as they sent comforting words to the actress.

Jake’s last Instagram snap with Kylie from March recently resurfaced as fans continued to wonder about the real score between the two.

One Instagram page dedicated to the couple wrote: “Please don’t break up my fave couple. @kylieverzosa @juancarloscuenca I love you both.”