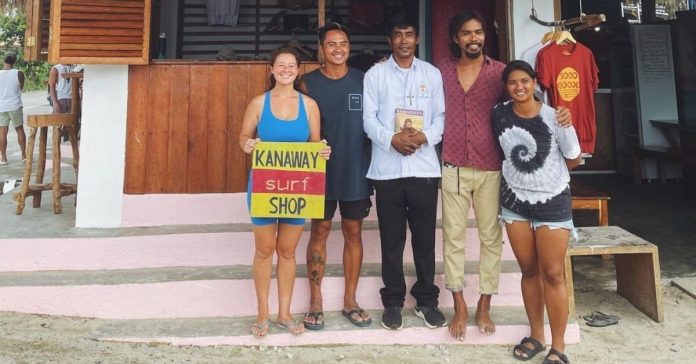 It’s a dream come true for the happy island couple!

Andi Eigenmann and her fiancé Philmar Alipayo’s surf school and snack bar in Siargao are finally open for business.

On Kanaway Surf School’s social media, they announced the opening of the two establishments along with a snap of the couple at their blessing ceremony on Tuesday.

The celebrity mom’s past vlog revealed that her champion surfer fiancé has partnered up with Kanaway Surf School’s Mang Carding in reopening the school.

“He’s been dreaming of putting up a surf school, a surf shop and ngayon nag partner up na siya with Mang Carding of Kanaway Surf School. They are going to reopen Kanaway together this time and preparing the shop in time for you guys this summer,” she said.

The celebrity mom, on the other hand, has joined forces with another local in starting a snack bar beside the surf school.

Andi Eigenmann is living out her childhood dream of becoming...