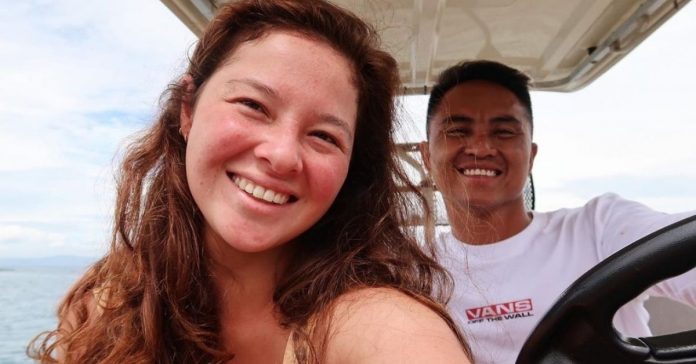 Andi Eigenmann and Philmar Alipayo are making their dreams come true in Siargao with their upcoming businesses for the island.

The celebrity mom was happy to share on their family’s YouTube video that her champion surfer fiancé has partnered up with Kanaway Surf School’s Mang Carding in reopening the establishment.

“He’s been dreaming of putting up a surf school, a surf shop and ngayon nag partner up na siya with Mang Carding of Kanaway Surf School. They are going to reopen Kanaway together this time and preparing the shop in time for you guys this summer,” she said.

Andi added that the surf school will be a great help to the surfing instructors in the island, who have teaching as their source of livelihood.

Meanwhile, the actress has teamed up with another local in setting up a snack bar just beside the surf school.

She announced: “Katabi naman ng Kanaway Surf School is going to be mine and Wena’s Kanaway Snack Bar. So, you can have your pre and post snacks or palamigs there are out snack bar.”