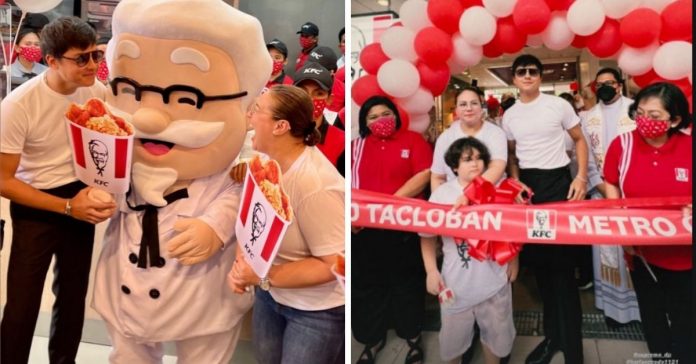 Daniel Padilla and his mom Karla Estrada officially launched their own branch of a popular fast food chain in Tacloban.

On Instagram, Karla shared photos and clips documenting the opening of KFC which her son also endorses, in Metro Gaisano Tacloban.

“My children are my Pride, my Joy and my greatest Blessings!🙏🏻Wala akong mapag lagyan ng Ligaya anak, @supremo_dp,” wrote Karla as caption.

Karla first announced the launching of their food business in her hometown last March, calling it a “dream come true.”

Daniel is set to make a TV comeback series with girlfriend Kathryn Bernardo, while Karla temporarily left her Magandang Buhay host duties to focus on her campaign as a nominee for the Tingog partylist in the May 2022 national elections.