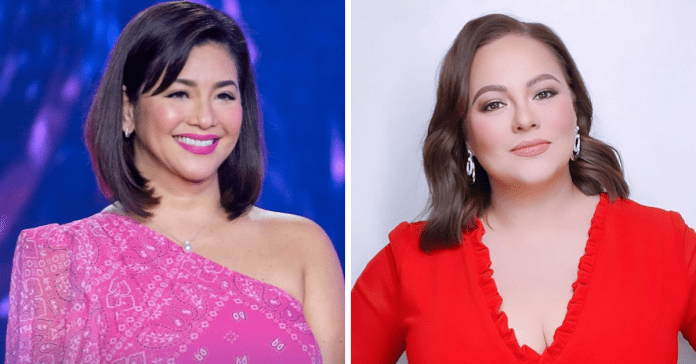 Regine Velasquez addressed speculations that she is replacing Karla Estrada as permanent host of Magandang Buhay.

The Asia’s Songbird recently clarified in a press conference after her contract renewal with ABS-CBN she is only filling in for Karla as a guest host in the morning show.

“Guest host pa lang ako ngayon sa ‘Magandang Buhay’ kasi nga wala si Momshie Karla so I am the one doing her part now. But I am having such a wonderful time working with Jolina (Magdangal) and Melai (Cantiveros),” Regine was quoted saying in an ABS-CBN report.

Karla had to take a leave from her Magandang Buhay hosting duties to focus on her campaign as a nominee for the Tingog partylist in the upcoming May 2022 national elections.

Regine, meanwhile, related how she’s enjoying her hosting stint in the morning program alongside Jolina and Melai.

The songstress then expressed her gratitude to the Kapamilya network for the opportunity to host Magandang Buhay even if just temporarily.

“I am so happy that I was given the opportunity to do a morning show with two other girls who I love very much. They are all so game, sobrang nag-e-enjoy lang talaga ako,” said Regine

She added, “Hindi pa naman po ako totoong host. Nagpapanggap pa lang ako right now. But like I said, I am so happy to be given the opportunity to be a special host of Magandang Buhay”.

Speculations about Regine replacing Karla for good sparked after netizens noticed Magandang Buhay changed its Twitter header to a photo of Melai, Jolina and Regine.