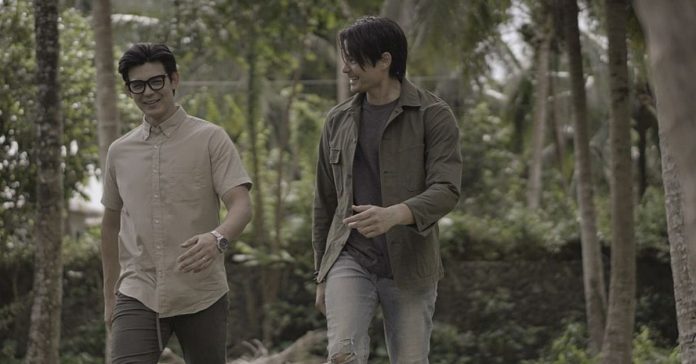 Dingdong Dantes has nothing but praises for Dion Ignacio, his “twin and literal alternate” on GMA’s I Can See You: AlterNate.

In the mini-series, Dingdong plays twin characters and to make the dual acting possible, another Kapuso actor was tapped as his mystery body double, only revealed on Tuesday as Dion.

Dingdong shared in a social media post that Dion delivered more than he was asked for in the mini-series.

He also featured the stills from the episode when he was standing side-by-side with look-alike Dion.

“He was very committed and passionate on his role. He also went through all the step I had gone through in creating these characters with me. Sometimes I even get tips from him whenever he wears the Nate and or Michael hat,” he wrote on a social media post

Dingdong went as far as to say that the show would not be possible without Dion.

He added: “And I think for a person to succeed in this industry, a good working attitude would trump talent any given day. Dion has both.”

The 41-year-old ended his lengthy appreciation post for Dion, expressing how excited he was for his “twin’s” future endeavors.

Meanwhile, Dion penned an equally lengthy message for Dingdong, expressing his gratitude for choosing him to be his alternate.

The drama-suspense miniseries premiered in January of this year.