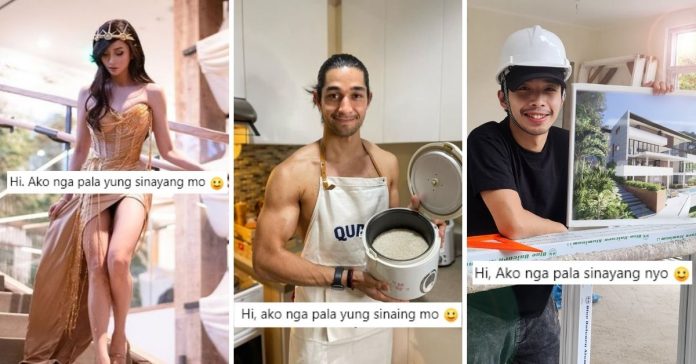 The architect of the house that Wil Dasovich and Alodia Gosiengfiao were planning to build also has his own “sinayang” entry and the former couple has this reaction.

Posting a photo of himself showing off the “Wilodia mansion” that he designed for Wil and Alodia before their split, Oliver wrote in the caption: “Hi, Ako nga pala sinayang nyo,” with a smiling face emoji.

Wil, meanwhile, added, “Yeah, Oliver you blew my expectations. I did not imagine it to be this nice and this great-looking.”

The four-storey house was supposed to “mesh together” their opposite interests. Wil had preferred Japanese, minimalist, nature designs while Alodia wanted something that would fit her gamer sensibilities.

Alodia, on the other hand, dropped praying hands and pleading emojis as she reacted to Oliver’s post.

The cosplay star also reposted a Facebook post by her sister Ashley which included screenshots of her, Wil, and Oliver’s viral social media posts.

Fans have since been speculating if a “comeback” will be happening between Wil and Alodia, who were together for four years.