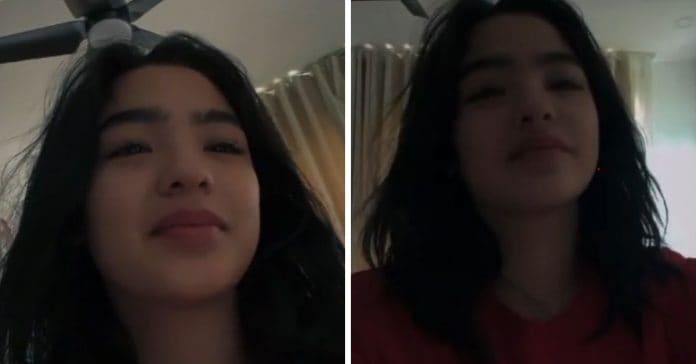 Andrea Brillantes slammed a netizen who seemingly criticized the actress’ “drama” in her latest TikTok video.

The Huwag Kang Mangamba star became the talk of the town on Thursday after netizens noticed that she unfollowed Francine Diaz on Instagram.

She later posted a video of herself on TikTok mouthing the lyrics to Selena Gomez’s melancholic song Lose You To Love Me.

Andrea’s TikTok video appeared to have been posted after a photo of Seth Fedelin, the former’s love team partner, with Francine and her family circulated on Wednesday.

The unfollowing move and Andrea’s TikTok video have since stirred speculations among fans if there’s an ongoing rift between Andrea and Francine.

A netizen, meanwhile, caught the attention of Andrea after leaving a comment on her TikTok video which has since garnered more than 12 million views and 60,000 comments, as of writing.

Amid the issue, Andrea was spotted promoting via an Instagram story on Friday her ongoing digital series with Seth titled Saying Goodbye, the last episode of which airs this Saturday.