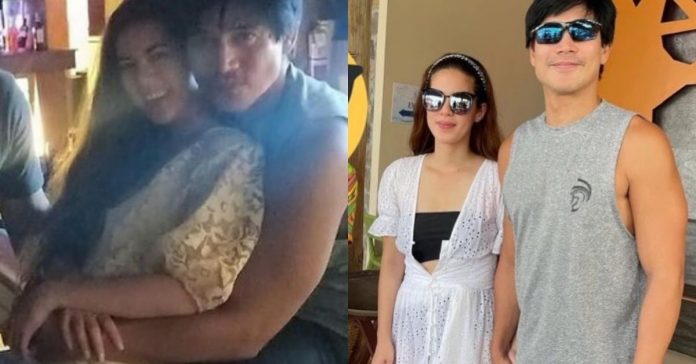 Piolo Pascual has addressed rumors romantically linking him again to Shaina Magdayao after photos of them being cozy in Bohol made the rounds online.

“I think things got out of hand because of some photos that went around. It’s just the same. I guess it’s better not to talk about it, you know. Let it just die down,” said the actor during an interview with ABS-CBN’s MJ Felipe.

He continued, “Because you know, it’s been how many years? And we always say the same thing anyway. So I guess, for now, wala. Yun na yun. What you see is what you get. Simple as that”.

To recall, Piolo and Shaina were caught in romance rumors after netizens shared snaps of the two from what supposed to be a beach getaway.

In some of the photos, the two were spotted holding hands, and sharing an embrace which led to speculations that the two are dating.

In 2017, Piolo revealed that he and Shaina were exclusively dating for five years. The actress, however, denied saying it was too early to put a label on their relationship.

Two years later, Shaina said during a press conference that she would let the public know if they became an item.

Piolo is set to star in the upcoming Philippine adaptation of South Korean drama Flower of Evil alongside Lovi Poe.