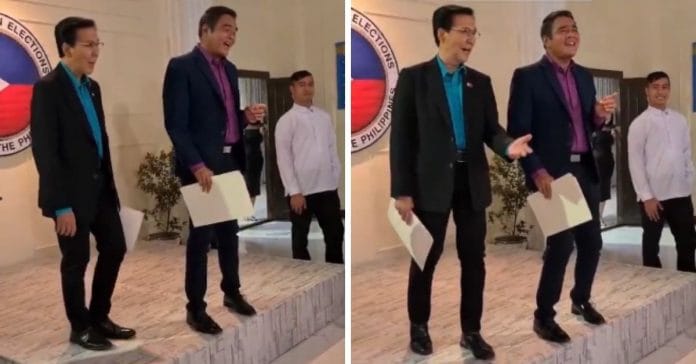 John Arcilla and Tirso Cruz III don’t only slay in acting but in singing, too.

John recently shared on Instagram a behind-the-scenes clip on the set of FPJ’s Ang Probinsyano, where he and co-star Tirso belt an impressive duet of Sharon Cuneta’s hit song Bituing Walang Ningning.

Sharon joined the cast of the Kapamilya network’s longest-running series in November 2021.

“HAVING FUN BEHIND THE SCENES OF FPJ ANG PROBINSYANO.THE MEGA EFFECT OF @reallysharoncuneta!,” wrote the Heneral Luna actor as the caption.

Netizens, in the comments, couldn’t help but be in awe of the duo’s performance and singing skills.

He is also bagged the best supporting actor at the 2021 Metro Manila Film Festival for his performance at the Best Picture awardee film Big Night.