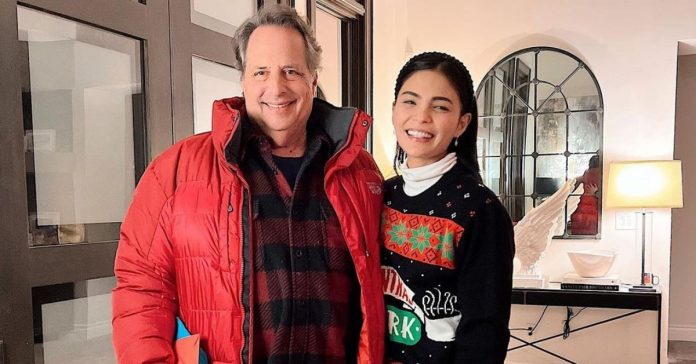 Lovi Poe’s Christmas in Los Angeles, California was made even more special when she crossed paths with Jon Lovitz, her favorite guest star in the American sitcom Friends.

The actress took to social media to share their snap as she smiled from ear-to-ear beside the Hollywood actor.

“Such a fun Christmas Day, which was made extra special with my favorite F.R.I.E.N.D.S. guest star @jon_lovitz doing the reenactment of ‘Smack my ass and call me Judy,’” she wrote in the caption.

Poe caught Lovitz at the famous Improv Comedy Club where he performed on stage.

“Definitely a night to remember,” she described the experience.

Lovitz appeared on Friends twice and portrayed the role of Steve. He was best known in the series for his iconic line: “Well, smack my ass and call me Judy.”