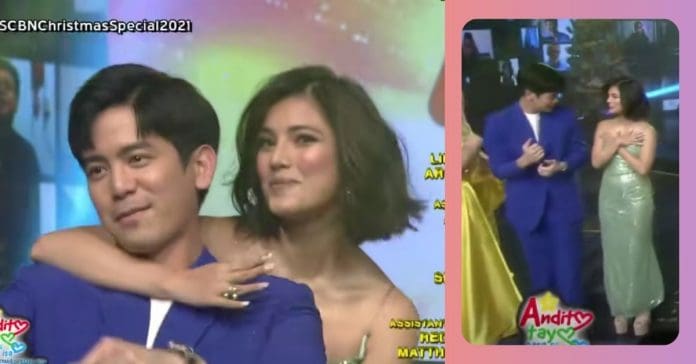 Jane De Leon is thankful for Joshua Garcia after he helped her handle a wardrobe malfunction during ABS-CBN’s Sunday variety show, ASAP Natin ‘To.

During the Christmas special’s finale, as all the Kapamilya stars gather to sing on stage, the two were spotted exchanging worried glances as Jane covered her chest then quickly hid behind Joshua to cover herself.

The actress took to social media to acknowledge their eagle-eyed fans who noticed the incident.

“Thank you @iamjoshuagarcia for helping me cover my wardrobe malfunction!” she wrote on Twitter, quoting a fan’s post of her snaps with the actor.

Joshua is part of the star-studded cast for the much-awaited television adaptation of Mars Ravelo’s Darna: The TV Series, with Jane as the female heroine.

The actor’s role as a police officer in the series was announced back in October during the big cast reveal event.