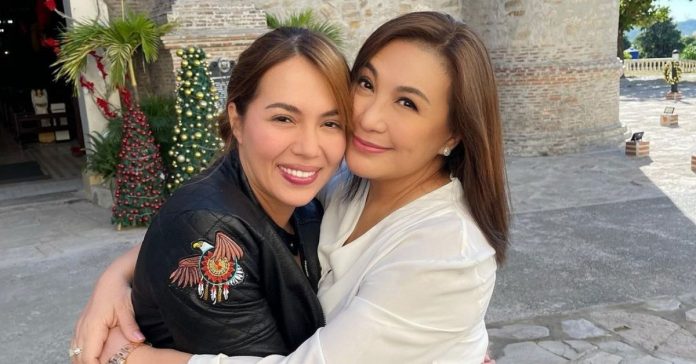 Sharon Cuneta has nothing but love for her FPJ’s Ang Probinsyano co-star Julia Montes.

The veteran singer-actress took to social media to gush over Julia as she shared a snap of them hugging and smiling from ear-to-ear.

“Bungisngis, malambing, mabait. At magaling na artista. Love this girl!” she wrote in the caption.

It was in November when Cuneta officially joined the star-studded cast of ABS-CBN’s longest-running serye.

It seems the Megastar is having a blast reconnecting with her celebrity friends on the set FPJAP.

“We are such a happy family here. Where has this show been all my life?!! I wish I could’ve joined it sooner but what I will do is thank the good Lord for bringing this show to me and making me a part of it,” she wrote on a past Instagram post.

Sharon Cuneta says Julia Montes ‘fills some of the empty...