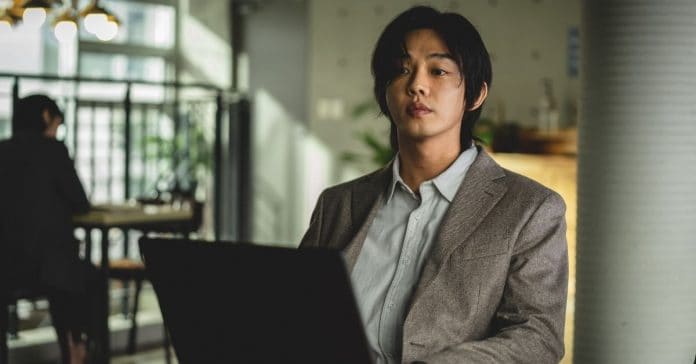 Director Yeon Sang-ho, the man behind Netflix’s top-trending K-series Hellbound, definitely enjoyed creating his new masterpiece, but this one scene with his lead star Yoo Ah-in left him completely in awe.

At the virtual press conference for the horror series, South Korean star Ah-in spilled some details about his character, cult leader Jung Jinsu, and his jaw-dropping one-take scene for the show.

The 35-year-old described Jung Jinsu as a man with a distorted kind of psyche. Though twisted, Jinsu is strong-willed enough to preach his own convictions and put his own interpretations to the hellish events in the series.

For Ah-in, the decision to take on his role under director Yeon’s guidance was an easy yes.

His enthusiasm was proven when he memorized a two-page-long line for a one-take, uninterrupted shot.

“When I focus on what made my character think a certain way or say certain things, and kind of capturing the moments that create that speech, and just focusing in the character in the moment – it’s just extremely exciting and it brings me a lot of joy,” he shared.

Meanwhile, Yeon recounted the one-take moment: “I think everyone kind of clicked at that moment, and everyone just moved out of the set because everyone there really felt it together. They were thinking this is it. This is the take that we are going to have as the final version.”

The Train To Busan director admitted he was “completely in awe” at how Ah-in was demonstrating his skill as an actor.

Curious to see what hell is like? Ah-in said a glimpse of it is ready to be witnessed on Netflix. Hellbound was released on November 19 and has already landed the streaming platform’s Top 10 list’s first spot.