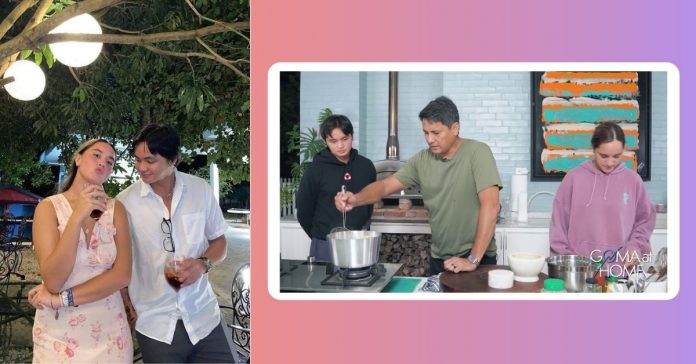 Richard Gomez is one cool dad as he featured his daughter Juliana’s rumored boyfriend in a special YouTube video.

On his most recent vlog, the Ormoc city mayor made his own version of French fries.

After he has peeled, sliced and fried the snack, Richard called on his unica hija Juliana and Miggy to try his creation.

It was in January when Juliana was photographed in the sweetest snaps with competitive fencer, Miggy Bonnevie Bautista.

Since then, the two have been sharing sweet yet lowkey snaps of their fun-filled dates.