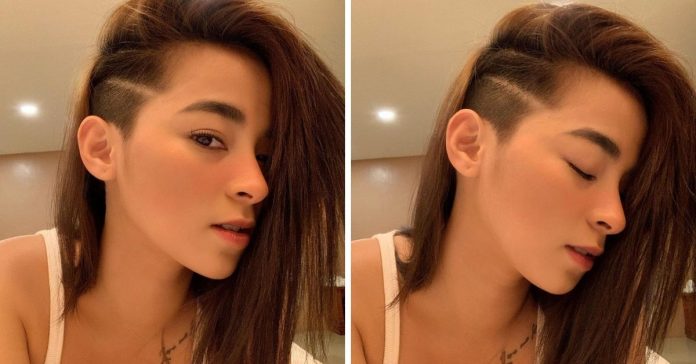 On social media, the actress-vlogger featured her undercut hairstyle. Based on her caption, her new look is in preparation for a new project, an action film by director Roman Perez Jr.

“New look for the new project,” she wrote in the caption.

Just last October 20, the 21-year-old announced via her verified TikTok account that she would be leaving social media for her peace of mind and mental health.

AJ, who’s currently linked to Aljur Abrenica, made the statement after apologizing to Kylie Padilla for sharing the actor’s controversial and now-deleted statement on the breakdown of their marriage.