LOOK: These local celebs went all out in their 2021 Halloween costumes 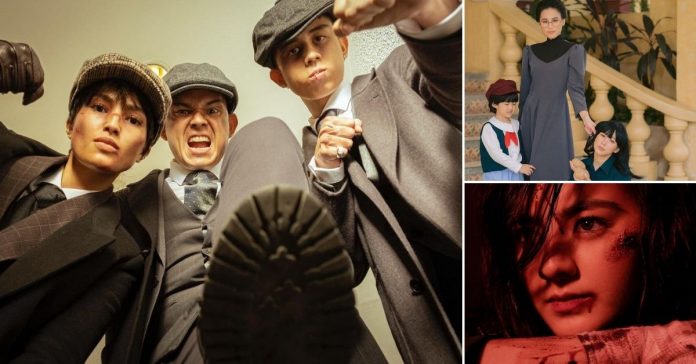 Missed your faves’ awesome guises this spooky season? Even with their at-home festivities, these celebrities did not hesitate to deck out in their best costumes for this year’s Halloween fun.

Take a look at our local celebrities’ fun, glam and spooky costumes we’ve rounded up for your curious eyes.

Pia Wurtzbach and Jeremy Jauncey as an astronaut and alien

Sarah Lahbati, Richard Gutierrez and family as the men of Peaky Blinders

Kris Bernal as a dinosaur

A ton of celebrities can’t seem to get enough of hit Netflix series, Squid Game. Here’s a handful of ‘em who dressed up as the pink-clad guards, sported the iconic contestants’ green tracksuit and even went as the “Red Light, Green Light” doll.

IN PHOTOS: All the celebrity looks at Opulence Halloween party