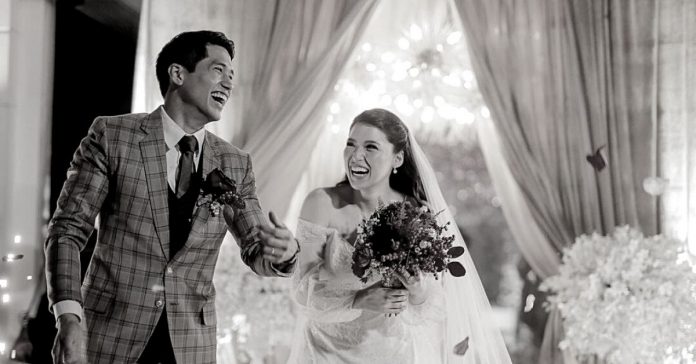 A netizen who identified herself as a cousin of Kylie Padilla came to the latter’s defense after Aljur Abrenica insinuated that the actress was the first to cheat in their marriage.

Screenshots of a Facebook post by a certain Princess Paulino made rounds online after she lambasted Aljur for his statement against Kylie regarding the supposed reason behind their separation.

Aljur recently dared Kylie to tell the public the truth on “who cheated first” and “who wrecked our family,” amid the backlash he’s receiving from netizens due to cheating allegations.

On Wednesday, Princess hit back and addressed Aljur over his remarks, telling him to “please have some decency”.

Princess went on to say that Kylie never cheated on Aljur “not even when you could not put food on the table”.

“You cheated on her multiple times and we all know that. Stop your lies,” alleged Princess.

Princess also claimed that Aljur still owes Kylie “a lot of money which she never took against you.”

She said that it was Aljur’s fault that he was being criticized, saying: “It was your choice to flaunt your new girlfriend in public, not hers.”

Aljur is being romantically linked to AJ Raval who previously admitted that the actor is courting her.

The two were also spotted getting cozy in public.

According to Princess, Kylie had no idea that her father Robin Padilla would speak up on her marital problems with Aljur and even felt bad about it.

“Despite the truth that you were an irresponsible husband who broke Kylie’s heart many times, she NEVER went public to say anything against you,” related Princess.

“Save some respect for yourself. Stop your LIES,” she concluded.