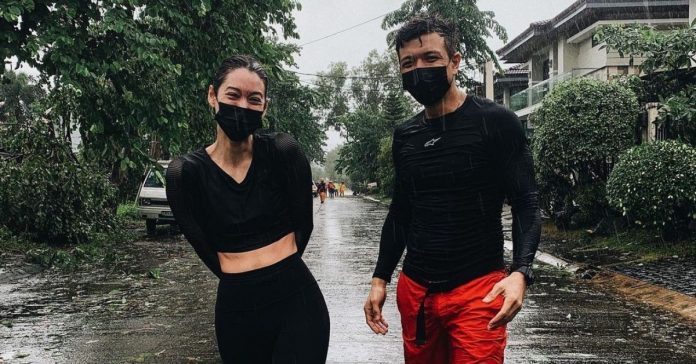 Even after a year since Typhoon Ulysses hit the country, Jericho Rosales is still working for the victims in Cagayan province.

The actor was happy to share that with the help of his friends and fans who donated to the Ulysses Relief Fund, they were able to build 20 houses for 20 families for Project Salinong, a shelter assistance operation for the typhoon-hit victims in Baggao, Cagayan.

“It’s been almost a year since Typhoon Ulysses devastated many parts of our country including Marikina and Cagayan.

“We’re happy to share that with the help of one of the best titas of Manila (@marinezelizalde), our friends too many to mention, and you who donated to the cause, Ulysses Relief Fund were also able to help build 20 houses for 20 families too Project Salinong in Baggao, Cagayan,” he wrote in the caption.

In his Instagram post, Jericho featured some of the houses that were already built for the recipients of the project.

It was in November of last year when Typhoon Ulysses devastated parts of the country, mostly Cagayan and Marikina, where the 42-year-old resides.

During the typhoon’s onslaught, Jericho and his wife Kim Jones were spotted on their surfboards, helping out in rescue operations in Marikina.