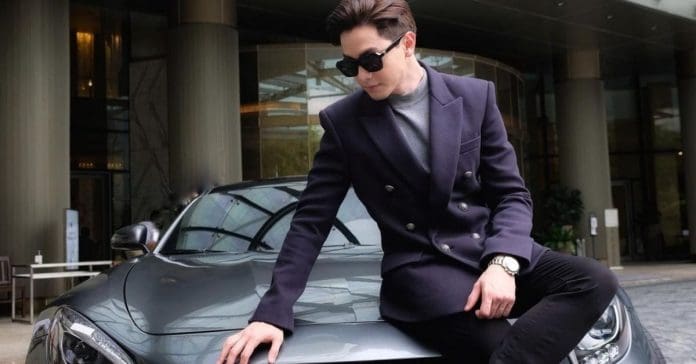 Alden Richards was dressed to kill as he arrived in a luxury car for his contract renewal with GMA Network.

In his social media post that said he is #ProudToBeKapuso, the 29-year-old star can be seen sporting designer brands like Rolex and Balmain while sitting on a Mercedes Benz vehicle.

Alden penned a lengthy caption thanking the people who has supported him as he renewed his ties with his home network.

“I know I wouldn’t have made it this far without the people who have guided me along the way… to my family, my friends, my bosses and co-workers. Maraming salamat.

“Thank you also to our network officers, FLG, JRD, FSY and everyone who joined me today as I renew my contract with GMA and Artist Center,” he wrote.

Meanwhile, the World Between Us star shared a timely quote on Twitter about loyalty and gratitude.

Back in March, it was announced that Alden will be starring alongside Bea Alonzo in their first-ever movie together – a Philippine adaptation of the Japanese drama Pure Soul.

Here’s how your favorite male celebrities honored their moms on...