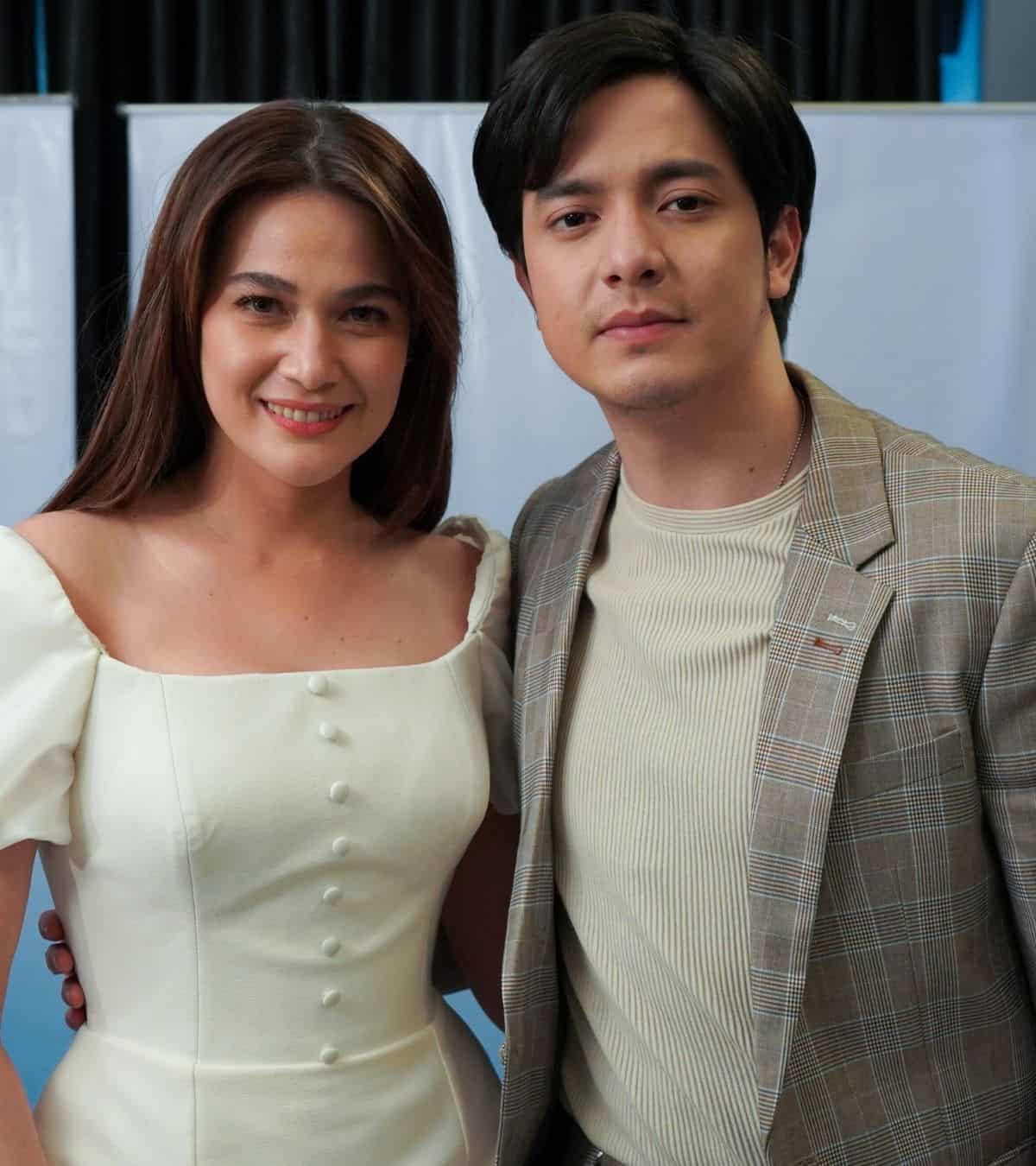 On Tuesday, March 2, Viva Films, GMA Pictures and APT Entertainment made official their partnership as co-producers of the Philippine adaptation of the Japanese drama Pure Soul.

The film — from which the hit Korean movie A Moment to Remember was also adapted — will see for the first time the big-screen pairing of two of the country’s biggest stars.

Also present during the contract-signing was Bea’s manager Shirley Kuan.

Gozon-Valdes, on the other hand, described the project as “perfect” for Bea and Alden. “Finally, this is now a reality, we’re very very excited. Napakaganda kasi ng pelikula na ito, lalo na we’re having both Alden and Bea in it. We feel that this project is perfect for the both of them. Sa galing nilang umarte, kayang-kaya nila itong project na ito. We are putting our own take on it kasi nga siyempre Philippine adaptation, gusto natin may ibang ipakita sa audience para talagang uniquely Filipino adaptation ito.”

Tuviera said that the film will be a theatrical experience. “Napakalaking chance to be a part of a project like this, I’m sure the people want to see Alden and Bea together. Gusto talaga namin maramdaman ng tao ‘yung pagka-big screen niya, ‘yung concept ng kwento, ‘yung characters, importante sa amin na ma-experience ng tao ‘yun in its full glory talaga, in a theater. We’re making the film as a theatrical experience.”

The film tells the story of a young couple whose relationship will be tested after the woman is diagnosed with early onset of Alzheimer’s disease.

Alden said that his new film, which happens to be his first remake, is meant for the cinemas. “It’s my first remake, and there’s always comparison. What we wanted as actors is to do our own take on how we understood the role. Ang ganda ng material, sobra. Kung babalik na ‘yung cinemas, it’s really for it. Mas dama mo ‘yung istorya.”

For her part, Bea expressed her excitement to finally work with Alden. “I’m excited na makakapag-trabaho na kami this time. We’re very happy na nag-inject sila ng Filipino culture doon sa script. We are working around the parameters of what Korea wants us to do, of course, to also maintain and respect the original form of the movie. It’s going to be a little different from the original title but we will make sure that it’s going to be a good one. It’s going to be extra challenging and also very inspiring.”