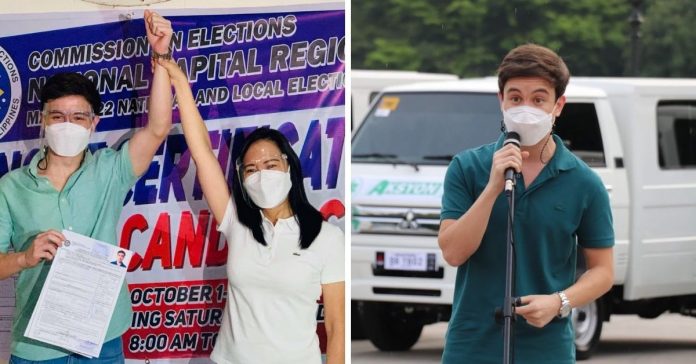 Kapamilya star Arjo Atayde Atayde is officially venturing into politics to seek a congressional seat in the 2022 elections.

The multi-awarded actor and civic leader filed his certificate of candidacy for congressman of the first district of Quezon City at Comelec’s main office in Intramuros, Manila on Friday.

In an interview with ABS-CBN News, Arjo revealed what made him decide to run for a political office.

“The (COVID- 19) situation just really pushed me to the limits of going for it. Because sabi ko nga eh ‘kailan at paano’? Pero this time, given reality, I think more than brains, knowledge, we need leaders who have dignity, the heart, malasakit sa kapwa,” he said.

Back in June, the 30-year-old actor donated over 20 service vehicles with the logo “Aksyon Agad” written on them to different barangays in Quezon City’s District 1.