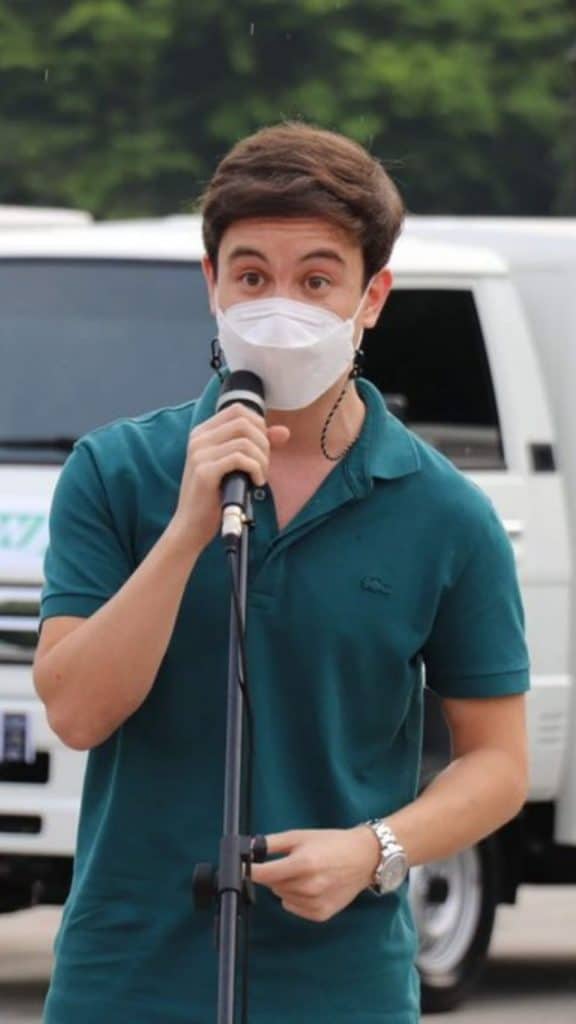 On social media, the Quezon City government thanked the actor for his donations of L300 vans with the logo “Aksyon Agad” written on them.

Quezon City mayor Joy Belmonte and her councilors were present during the turnover ceremony to the barangay captains.

On Twitter, the news received mixed reactions from netizens. Some noted that it seems like the actor is interested in going into local politics, while others thanked him Arjo for his donation.

Maine Mendoza and Arjo Atayde celebrate 2nd anniversary together with...