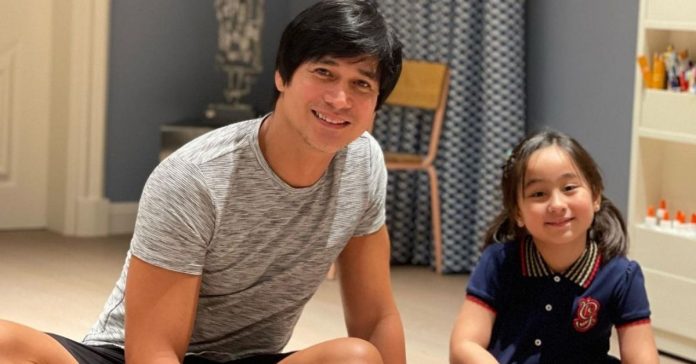 On her social media account handled by her parents, snaps of Scarlet and her returning babysitter were shared.

“Kuya @piolo_pascual has discounted pandemic rates for his babysitting services! Book now! I’m his agent,” they wrote in the caption.

Piolo responded to the post: “I think it’s the other way around… didn’t you babysit me?”

Meanwhile, Scarlet’s happy mom shared a “then and now” photo set of Piolo and Scarlet when she was still a baby. It turns out, the actor already has some experience babysitting the now six-year-old.

“Five years later and @scarletsnowbelo’s wish finally came true! Thank you @piolo_pascual for being Scarlet’s yaya for the day,” she wrote.

Scarlet definitely has a star-studded list of playmates. Back in September, she enjoyed an at-home race with comedian Vice Ganda.